What is NGINX Web Server? Use Cases, Pros and Cons Explained

Undoubtedly internet is a miracle that has connected the world in an explicit way that mass communication lies just a click away. With the revolution in communication and information technology, many new websites, blogs, and hosting services have been launched this past decade. It becomes exceptionally tedious to control the increasing load of incoming traffic over a particular domain or a website. If not attended to the overlapping traffic cover the servers right away, the website or the domain could have a serious meltdown.

No matter how many servers are installed to solve the problem of increasing the traffic, the system can’t become stable. Luckily, we don’t have to meddle with extra expenses to install new servers. NGINX web server can significantly help us in this regard. 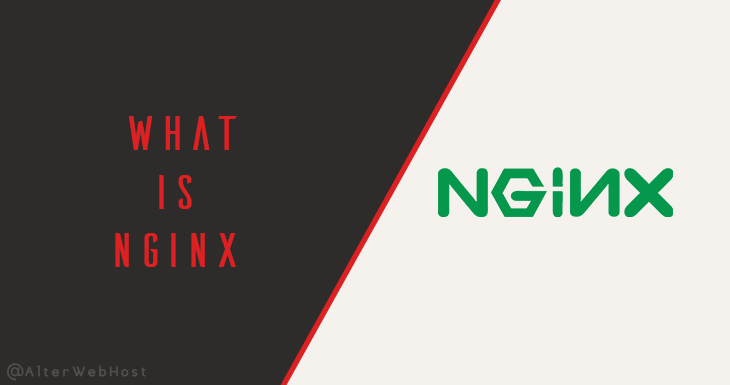 NGINX (pronounced “engine X) is a free open source web server that allows the web servers to handle traffic spikes by balancing the incoming requests in a single thread. Using this approach helps the servers to save a lot of memory to support the new incoming traffic. NGINX acts as the master process that controls various subprocesses. So, instead of allocating memory to every one of them and leading the servers to shut down due to high load, the NGINX server helps them execute the new requests.

NGINX has become very popular among the web hosting industry as well as heavily trafficked websites. Web hosting companies use the NGINX server to enhance the performance of their services as well as to ensure higher uptime. It can work as a reverse proxy server, HTTP cache regulator, and load balancer (incoming traffic).

The design of the NGINX server was opted to solve the C10K problem. It is the inability of a server to entertain more than 10000 requests at a single time. Igor Sysoev started designing the server in 2002 and during the first trial of the server, it was a huge success. It handled more than 500 million requests in a single day without crashing or any memory surge.

NGINX server provides you with the ultimate experience, not only it can handle multiple requests at a given time but can also process each and every one of them flawlessly. Here are a few benefits of using an NGINX server;

While using a software or a tool, many users undergo a common problem i.e. “Compatibility.” NGINX server is very much compatible when it comes to working with common web apps such as WordPress, Python, Drupal, Phpbb, and many more. This allows users to have a flawless web usage experience while using NGINX over multiple working stations.

NGINX offers load management for the incoming traffic as it works as a “relay” that offers fast scaling to the HTTP servers. The incoming load goes to the NGINX server and it immediately interprets the metadata and allocates these requests to a series of attached servers. This leads to a fast and easy setup with zero misallocation of the incoming traffic and complete prevention of a meltdown.

NGINX helps in an efficient ranking by Google

No risk of data loss

Users shouldn’t hesitate to use the NGINX server mainly because of all the rumors stating that it would disrupt the data, corrupt it or cause malfunctioning in other servers connected to it. All of these are just foul notions and nothing more. Switching to the NGINX server is easy and there are multiple “how to” tutorials available for the users to learn usage effectively.

Extensions are the small modules used for the customization of the websites as per the developer’s requirements. NGINX lacks the availability of these modules/extensions, however, there are a few available but they aren’t often required by the websites.

NGINX web server doesn’t enjoy as much community support as its rivals, like “Apache.” Rather it depends on your personal level of expertise and the use case for the NGINX web server. It lacks the proper documentation, unlike the Apache web servers.

Why use the NGINX server?

NGINX is a “one stop shop” as it can perform various applications such as load balancing, HTTP caching, or it can be used as a reverse proxy. It can also handle a high volume of connections and effectively distribute this load to the attached serves in a timely manner. If a website is consistently bombarded with requests and traffic all the time, then nothing except the NGINX server can help them for managing this excess load.

Cross-referencing the price factor with the functions NGINX performs, it provides the user with a decent take. Furthermore, the ease of use and instant setting up of the NGINX server make it a vital gem for every technical website there is.